It is with the greatest pleasure that I now commence you this letter for I have very unexpectedly met brother Robert at City Point. The first I knew of his being in this department was yesterday forenoon about 10 o’clock when I received two letters from him written at City Point. The first was dated the 6th and last the 10th of this month. He wanted me to come and see him if possible but the letters had been so long written that I hardly knew what to do but told the Doctor about it and he said if I wanted to go he would give me a pass. So I concluded to try my luck although it looked to be rather a doubtful case for he said in his letter that he could not leave the steamer for they were expecting orders every moment. But I took my pass which Dwight [Satterlee] gave me (good for two days) and started about 2 o’clock yesterday p.m. I had never been to City Point so did not know the road but I had not walked more than a mile when I was overtaken by a team the driver of which asked me to ride. I accepted the offer and so got to my journey’s end much sooner and easier than I should on foot.

As soon as the team stopped at the Point, I got out and commenced taking a birdseye  view of the shipping which is quite thick in the river at this Point but I was led by some unknown power or instinct to the very dock where the Peril — his steamer — was laying — the very first one, and the first person I noticed on board was Bob. I hailed him and he knew me at once and came on shore and shook hands with me and kissed — the first kiss I have had since you left me at Fort Monroe.

But now came the trouble for the Peril was loaded with troops and was just taking in her gangway plank preparatory to a start, so he had to go aboard and they cast off the lines. But as the steamer was swinging around, her bow came close in to the dock and I had a sort of a reckless spell come over me about that time. So as quick as thought — or much quicker than I can write it — I caught hold of one of her head chains and climbed aboard. Bob had gone in to his room and did not see me when I came aboard and when I found him, the poor boy was in tears. I did not feel like crying but do not know what I might have done if I had remained on the dock.

Robert is looking rather thin and I think he ought not to remain on that boat long for she is not a very comfortable craft and he says he shall leave her as soon as they arrive in New York which he hopes will be soon. But to my adventure.

The steamer hauled off in the stream and anchored so I sit down with Bob and had a good talk about all the folks at home and about things in general, but I did not feel easy for there was no way of getting ashore and no one knew where the troops were to be taken and I was a little afraid they were going to Washington. So Bob went with me to see the Capt. of the boat but he knew no more than any of us but said he would get me aboard of the tug when she came alongside to give him orders. So we had supper and I was introduced to Mr. Williams, the chief engineer, and also to the mate whose name I have now forgotten. Bob took me into his room and showed me his things and finally made me take one of his new gingham shirts that Jane made for him and his light felt hat. So I left my cap — the one I bought in Norfolk when you was with me — and I also left the shirt I had on which was white cotton. He did not want me to leave it but I told him it would make a good undershirt for summer. The tugboat did not come alongside but went by us and gave the Capt. orders to go up to a place above City Point called Deep Bottom. So then I knew I was not going far and felt easier. The boat started at 10 o’clock p.m. and went up the river in concert with all the other transports for the 2nd Corps were all embarked.

So we went up the river I should think about 15 or 20 miles and landed the men and then came back to City Point and anchored and about 7 o’clock the Capt. had about lowered for his own convenience so Bob and I came on shore together and I picked him up a piece of a gun stock and 3 bullets that were thrown up by the late explosion at that place. ¹ So take it all round, I think I have been extremely fortunate and I think the wisdom of a Higher power must have planned it all for me for it could not have been planned more to my advantage. And coming back this morning, I got two rides which brought me almost here. The first was in a team and the latter was on horseback with a man who had two horses and was leading one.

I presume I shall sleep good tonight for I did not sleep much last night. I sit up with Robert during his watch which was from 8 to 12 o’clock and then we went to his room which had two berths but it was so hot in there that I did not sleep much and I presume I should not have slept if it had been cool for I wanted to talk and was some excited. I was so glad to have seen him and had such a good long talk with him. I think it will do us both good. I guess you will think I have written all the particulars and so I have for I thought it would be interesting to you.

Mr. Williams, the Engineer, is a very pleasant man. I liked his appearance much. I shall write more tomorrow. I received a letter from you this morning so I think I can make you out a long letter. I think I will go up to the Christian Commission tent this evening. They have meetings there often and sometimes I go. We had heavy thunder this afternoon but no rain and it is thundering now. I hope it will rain for it is extremely dusty. Good night and a kiss. — Thomas

Monday morning. I went to meeting last evening but I was so sleepy I could not keep awake so I came away before meeting was out and went to bed. I had a good nights sleep and feel much refreshed this morning. I was pretty tired last night. It is about 5 miles from here to City Point but I did not walk more than 2 or 3 miles in going and coming.

I think you are doing a right smart business among berries this summer and I think you are in a fair way to keep friends with Aunt Mary but I guess you would have no trouble if you did not give her some of your berries.

I am glad Mr. and Mrs. Davis are enjoying life so well and you must try and not envy them for you know Libbie has seen her share of trouble for a young person. Robert had not heard that they were married. You say something in your letter about visiting Mrs. Gabcock. It seems to me that she did not used to be a particular favorite with you girls, but then that makes no difference. I am perfectly willing you should visit her and am glad if she has some friends. I was glad to hear from Latham Bailey. I think it is too bad that he had to stay another year when he thought his time was out. I know how I should feel if I had to stay 4 years instead of 3 and I think someone else would feel about as bad as I should.

Robert thought he should go in to the Navy if there was a chance of his being drafted. I do not want him to go but had much rather he would than be in the Army. I have not heard anything from the 2nd Army Corps that went up to Deep Bottom. I hope they will accomplish something. ²

The weather here is hot and the ground dusty. We had no rain last night. I do not know what to write you about the tooth pick but if C. can sell her perhaps he better if he does not get more than $12 but I do not care much whether she is sold or not, so you may do as you please.

We have had watermelons here for some time. The Rebels planted them and then had to leave them so we have them here. They are brought in to the hospital for the sick but I get all I want. As ever your husband with love and a kiss, — Thomas

¹ Thomas is referring to the massive explosion of the ordnance stored at the wharf of the Union supply depot at City Point on 9 August 1864 — just a few days before this letter was written. The explosion killed more than forty workers and was speculated to have been an intentional act by a Confederate sympathizer.

² On August 13, the X Corps, commanded by Maj. Gen. David B. Birney, Brig. Gen. David McM. Gregg’s cavalry division, and Hancock’s II Corps artillery crossed pontoon bridges from Bermuda Hundred to Deep Bottom. Meanwhile, the remainder of the II Corps conducted a ruse to make the Confederates think that Hancock was being sent north to reinforce Sheridan. After a grueling march through oppressive heat to City Point—a march during which a number of the men were felled by heat stroke—they embarked on ships and steamed toward the Chesapeake Bay, many of individual soldiers unaware of their actual destination. A tugboat followed the flotilla and brought new orders, which caused the transport ships to turn around and deposit the II Corps at Deep Bottom the night of August 13–14. The landings were not managed well and fell behind schedule; Grant’s staff had not arranged for adequate wharves to handle the deep-water steamers. [Trudeau, pp. 147–50; Davis, pp. 95–97; Horn, pp. 120, 127.] 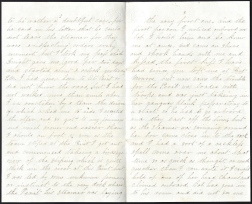 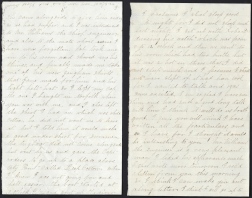